Showing posts from July, 2009
Show all

A Question for FAA Management 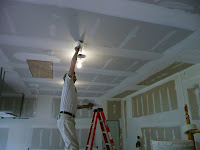 Lance Armstrong will take 3rd place overall tomorrow when the Tour de France finishes in Paris. He did about as good as I was expecting him to considering his age and the broken collar bone injury he sustained a few months before the race. His presence in the Tour made for quite a bit of added interest, certainly for me anyway. He'll be back next year and this time with his own team, Team RadioShack. I admire what the guy does for cycling. The long, frustrating, disingenuous and hypocritical road FAA management has had us air traffic controllers on for the past three years may soon be coming to an end. Our union met with FAA management last month (thank you President Obama) to try and reach agreement on all things contract-related. The issues that matter most (at least to me) were sent to arbitration and are out of both ours and management's hands. I'm speaking of pay. There were several items/articles where we reached agreement but I have a difficult time getting very
3 comments
Read more 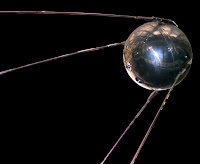 One of my earliest memories is of being outside our home with my parents and siblings near Detroit as a 4 or 5-year-old and looking up into the night sky to see one of the Sputnik satellites pass overhead. I didn't understand what I was looking at but I could see the blue dot moving across the sky. I was one month shy of my 12th birthday in July 1969 when Apollo 11 lifted off for the moon. Those were captivating moments for an entire nation and more. When there was a space launch or reentry during school hours we'd sometimes get to watch it on monitors in the school's auditorium. Witnessing history play out on those too small black and white television screens held my attention like no teacher could. The crackling of the booster rockets as they propelled the tiny capsule into space was awe-inspiring. I sat riveted to the screen as earth-based cameras transitioned to video from aircraft and continued to monitor the rocket until the boosters fell away. Had anybody been tal
2 comments
Read more

I woke up Wednesday morning and hung around waiting for the cable TV guy to come by and splice in a line for a cable connection in our garage. I want to be like the other guys in the neighborhood and have a TV set turned on in the background that I'll never watch while I'm out there. I think it's a status thing actually. I don't know that any of the locals are sporting a flat-screen yet so maybe I'll be the first and raise the bar. Splicing the connection was less than a $30 charge from Charter and I figured for that price it wasn't much more money than had I done it myself considering the amount of cable he had to use. Plus, I was able to have the tech check the strength on our internet connection to make sure the extra splice didn't noticeably degrade our connection any. It didn't. I'd been waiting for a call from the guy who was to hang the sheetrock for us but it was midweek and he didn't appear to be in a hurry to get back to me. I grew
2 comments
Read more 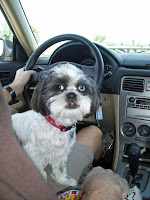 I got off the all-night shift last Thursday morning and came home for a couple hours of sleep before heading out with Tammy, Rachel, and Josh to Babbitt to paint Tammy's parent's home. I hadn't ever looked at the exterior of their home with a critical eye to recall what sort of shape the trim was in but I recalled that the siding looked to be good. Should the trim need a lot of prep work I wasn't sure we'd have enough time to get the job done. I'd know soon enough. We avoided buying too many of our supplies in the cities and opted for spending our money at the hardware store in Babbitt to help their local economy in our small way. It's the same when we refuel our cars on trips up north. The stations in Babbitt always get our business even if it costs us a bit more. We got to Babbitt around 3:30 in the afternoon and wasted no time getting busy power-washing the house. The trim was much worse than I imagined it would be and would need to be scraped down to
Post a Comment
Read more 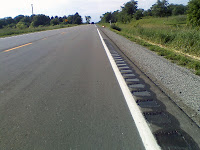 I got a call at work yesterday morning from Tammy. "Are you watching the tour?" she asked. The excitement in her voice told me everything I didn't want to know just yet about the day's stage. I quickly replied, "Don't say anymore...I don't want you to give it away" but I was too late. It was the team time trial and Astana, Lance's team, was rocking through the course and it appeared that lance would be in the Maillot Jaune (leader's jersey) by the end of the day. We made plans to record the race and watch it together later in the evening. I love that she enjoys following the Tour de France with me. Sometimes I think she's more excited about it than I am. I have to smile when I come home and turn on the TV to find that it's been tuned to Versus where the race is broadcast. Lance literally came up a fraction of a second too slow to claim the yellow jersey and although I think he'd like to have it I also think there's a par
Post a Comment
Read more

About Our Conversation and Tour Time 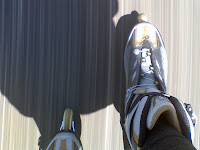 I had a conversation with a friend from work last week about the possible changes we'll soon see in our workplace with respect to pay and work rules. It was his opinion that we wouldn't have been living under the imposed work rules (IWR) the last three years had it not been for the actions of our union. We brought this on ourselves. I was in a sector which was getting busier by the minute as we spoke so I was unable to engage him as I would have liked. Our conversation ended before it ever really got started. I thought about our exchange the next day while on my weekend and sent him the following email. Hi xxxxxx, I know that you're not one to engage in argument and I wouldn't go there with y ou but I did want to add just one thing to our conversation from yesterday. The people you mentioned who jokingly point to the Natca pocket calendars as the only good thing to come out of Natca are forgetting Pay Reclass of 1998 which Natca fought for, for all of us, labor an
5 comments
Read more
More posts