Showing posts from December, 2020
Show all

Am I a Hypocrite? 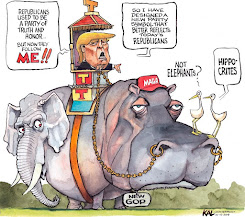 This past week marked 41 years since leaving the Navy and leaving the city of San Diego, CA—a city I very much fell in love with during my time there. I really do need to make a trip back there and take a week or more to ride some of the routes I used to love to ride (it's where I got into cycling) and to walk along the streets outside the naval base. I'm sure I have countless dormant memories waiting to be awoken by a ride or a walk along some of the roads and sidewalks I used to regularly use. How cool it would be to see the ship I served on again and walk its passageways, but that can't happen because she lies at the bottom of the ocean  in water too deep for even sea life to inhabit and make use of. Enlisting in the Navy was one of the better moves I could've made as an 18-year-old, six months out of high school with little self-confidence and no idea what I wanted to do with my life. It was never on my radar to enlist— until it was .  I'm not a particularly pat
Post a Comment
Read more

Thoughts on a Thursday

Has it really been a full week since Thanksgiving? Yikes! I'd be bummed if I was still working and a week off from work flew by this quickly. I'm doing my best to make the most of each day as it's the only way I can think of to push back against the ever-increasing pace of days and years as they pass me by. I have a sense of guilt that creeps in if I allow myself too much downtime. It's the way I'm wired and I'm okay with that.  Brad, Monique, and Roger (Moniques's father) stopped by Thanksgiving day to drop off some tasty treats for us. How nice of them! They were making the rounds. We chatted socially distanced from one another and masked, catching up on so much that's happened in our lives since we last saw them nearly one year ago. Later in the day, we had a Zoom meeting hosted by my brother Bryan in Oregon. It was a lot of fun and a nice substitute for actually getting together in this year of quashed plans due to the pandemic. I prefer not to have
Post a Comment
Read more
More posts