Showing posts from December, 2012
Show all

Coming off Coumadin and Ants...Lotsa Ants! 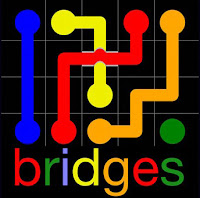 We said goodbye to another retiring controller today. Bill Szydlo is off to greener, more serene pastures. Congratulations, Bill! Reference my post from yesterday about Mike. There's an update I added tonight at the end of that entry. From early on, 2012 has been one that has taken me off my intended path and forced me to adapt, but more than anything, it's also caused me to at times ponder more seriously my own mortality. Up until January 20th of this year I seldom ever gave much thought to that but now I find myself distracted or haunted by those sorts of thoughts more often than I care to admit. Had my experience with bilateral pulmonary embolus been a one-off ordeal, that would've been entirely different and I'd have moved on. But I don't know that it was. Chances are good that I'll never suffer an episode like that again but chances were much more in my favor before it ever happened that I'd never go through that experience but I still did so I fin
Post a Comment
Read more

A Friend of Ours

December 30, 2012
I made my way through the Bible once again this past year, both Old and New Testaments. This marks my 7th journey through both books but rather than feeling like I have a better understanding of all I've read, I feel just the opposite, especially concerning the Old Testament. I'm not sure I'll go back there anytime soon. I think in the future, I'll explore books that delve into explanations of what I'm struggling with, some of which I've written about over the last several months. My faith is still intact although I'm feeling more confused than ever. I suppose the easiest way to say it is that I've become someone who has more questions than answers and those questions leave me bewildered. Also troubling to me is the way we Christians pick and choose those parts of the Bible we want to strictly follow while ignoring other even more meaningful scripture such as how Jesus calls us to help our fellow man or how he taught passivity while abhorring aggressio
3 comments
Read more 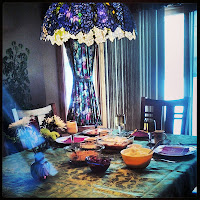 I drove down to Rochester yesterday morning to bring Rachel back for Christmas. Our time is going to be so limited with her though as she leaves for her dad's home tomorrow. She'll spend a couple days there before making her way back to Rochester and her job at the assisted living center. We got to chat on our drive back and that's always so nice. She brought up the Newtown school shootings and asked me what I thought about it all. So much has already been said and I don't want to get into that here except to say that we're drowning in guns here in the US and I'm afraid it may be too late to stem the tide of senseless killings. The gun guys have won and easy access to firearms is there for just about anyone. And now we're all stuck with the constant drip, drip, drip of senseless deaths day after day. Get used to it. Sad. Anyway, Rachel mentioned how she'd read something Morgan Freeman had written on Facebook about the Newtown school massacre which r
2 comments
Read more 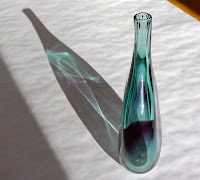 I hate being sick. I've spent the last 6 days pretty much out of commission as I try to recover from a head-cold and assorted body aches. Whatever this bug is that I've picked up, it's left me with little energy to do much at all. After four days of being housebound, I convinced Tammy to go out with me Thursday night and walk around Mall of America. Yes, we made it back for one last time this year after commenting on my last post that we wouldn't. It was so nice to be doing something other than nothing. I thought I was doing better when I got up Saturday morning but a workout on my CompuTrainer told me otherwise. I wanted to pack it in after an hour but I finished. I'm not sure why. In my time on the couch, I've played too many games of Ruzzle . My ranking is steadily climbing as I'm getting better by challenging random players from around the globe. It was the simple distraction I needed this week. We had to cancel our bench time at Foci. I didn't w
3 comments
Read more

This weekend flew by so ridiculously fast. It wasn't until I got to work around noon on Sunday that I was able to slow things down a little. We're in the midst of our first big snowstorm this winter. We made plans to meet up with friends last Thursday night to spend a few hours together in Northfield (25 miles south) to take in the sights of Winter Walk. It's an annual event that the city's Chamber of Commerce puts on to draw visitors and attention to the many shops that make up the downtown area. We weren't meeting up with our friends until after 5:00 so we got there at 3:00 to give us a chance to bum around a little together. It was a nice time . We got up early the next morning for 3 hours of glassblowing at Foci. Steve was there and I commented to him that I'm feeling a little stuck in my progression, that I should be further along. He assured me that it's something all glassblowers go through and to not worry too much about it. It was good to hear h
Post a Comment
Read more

The View From My Basement

I'm doing some serious vacillating about my decision to retire on January 2nd, 2014, precisely 393 days away. The more I ponder what to do the more I'm finding myself inclined to not put a firm date on it and just take it a month at a time. It's a nice position to be in and regardless of what we decide, the day will come and go all too fast. Keeping everything in perspective is important at this time while not becoming too seduced by the idea of an easy life. My ducks aren't quite as lined up as I'd like them to be. Close, just not quite there yet for the long haul—but soon. Tammy and I spent most of Thursday at Foci. After our 12:00 to 3:00 slot time on the bench, we went out for dinner at Cossetta's in St Paul before returning to Foci for a sandblasting class a few hours later. Glassblowing artists will often sandblast designs into their pieces or simply sandblast the entire piece to give it a look other than that of shiny glass. Craig sat with ten of us and
Post a Comment
Read more
More posts