Showing posts from June, 2020
Show all

I'd planned to be out riding early this morning but my legs insisted I take a day off, or at least the morning. Between golfing and yard work, I was on them all day yesterday and they're tired. I hate to let a beautiful day go by without taking advantage of it but perhaps I'll feel up to a late afternoon ride instead. I was thinking of seeing if Tammy would like to go for a drive in the country today as our schedules have been more miss than hit lately and that's mostly my fault. We had Pepper Jack spend last weekend with us. He's about as rambunctious and adorable as a pup can be and we totally fell in love with him during our few days together. He's a handful! He kept trying to get Charlie to warm up to him but Charlie is hesitant. PJ was both persistent and submissive in his attempts and it was cute to watch him try. I hope he'll find more success in future visits. And he's a little biter! Not at all in a mean way—he's just playing but with his
Post a Comment
Read more 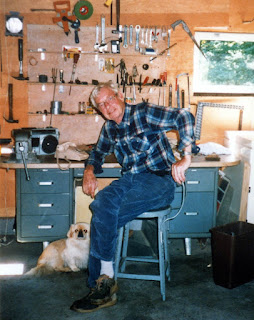 When I was stationed in San Diego in the mid '70s, I strolled into a 7/11 one night and purchased The Memoirs of Richard Nixon . I wasn't into politics but considering how Nixon had been forced to resign just a few years earlier, the book intrigued me. I brought it home with me while on leave and my dad noticed it. "What are you reading that for?" he queried. I actually thought he'd be impressed because I believed he was more conservative than not , being a financial manager and subscribing to the Wall Street Journal. I didn't give it much more thought. Years later I was driving in my car with my dad on our way to the driving range at Southern Hills Golf Course when I excitedly told him about a new guy I was listening to on the radio: Rush Limbaugh. I tuned into Rush's program and was somewhat surprised again that my dad wasn't showing any interest in something I thought would appeal to him. My dad may have at some point been a conservative but those
Post a Comment
Read more
More posts