Showing posts from June, 2014
Show all

The Scooter Girl, Cuyuna Trails and a Companion 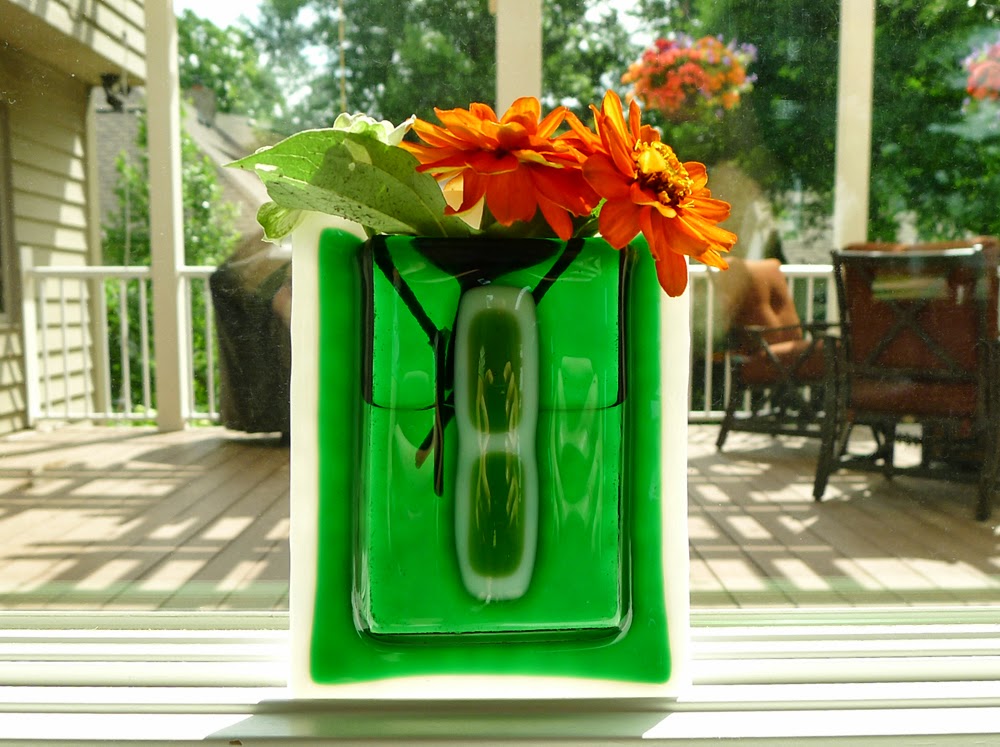 There was a wake for Mike Blume on Tuesday afternoon in Burnsville. It was nice to see so many people turn out. Lots of retired controllers, some I hadn't seen in years were there. Just before 5:30, they had us all gather in the parking lot to observe a Missing Man formation flyover in tribute to Mike. It was very moving. We would all do well to be remembered so fondly. Rachel posted on Facebook a few days ago: "Someone on the lightrail exclaimed today, ""you're the scooter girl!"" Made my day." Tammy texted her to ask her what she was referring to and she replied: "I'm a 22 year old riding a razor scooter around the sidewalks of mpls. That's what it means!" I love how she's out there doing her thing and leaving impressions on people along the way. Tammy has been spending time down in the shop working on some fused glass projects. She had an idea for a small wall vase that could hold a few flowers and came up with the des
4 comments
Read more 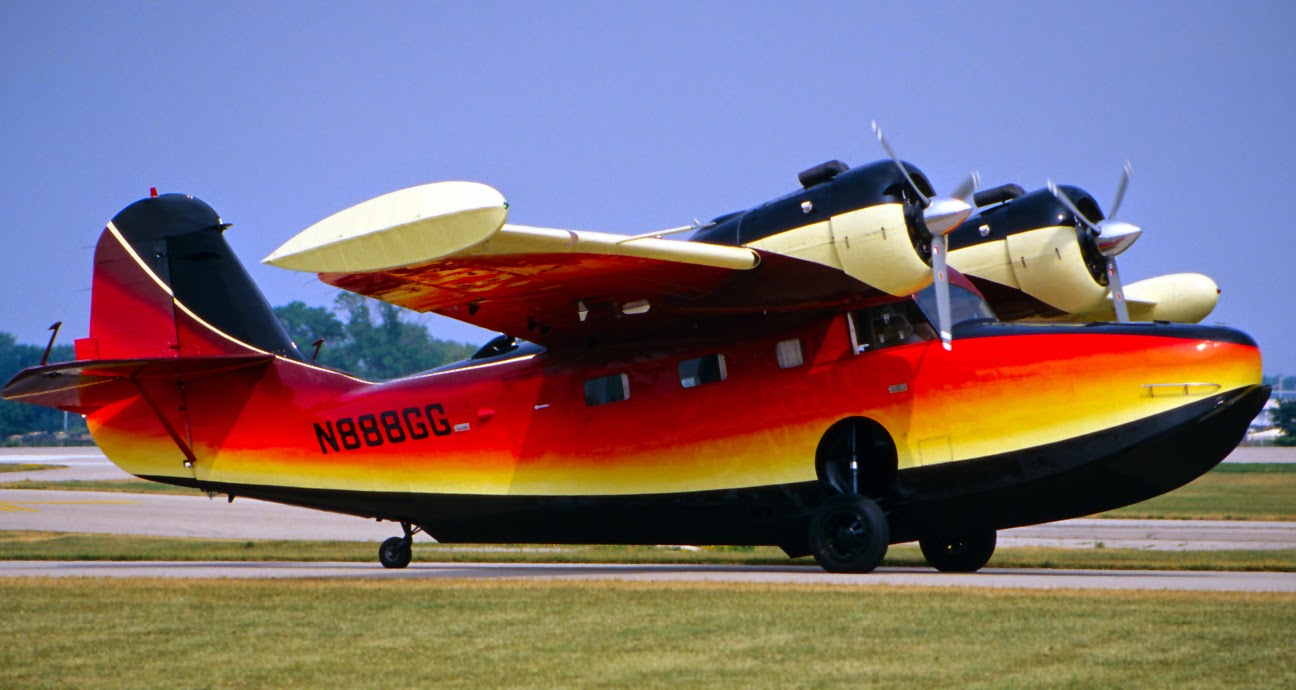 We lost one of our former controllers/supervisors last Tuesday afternoon. Mike Blume retired eight years ago and the last I'd heard, he was flying corporate jets.  He had been a pilot for years. I never worked directly with or for Mike but I'd only ever heard good things about him. The photo to the right is the actual plane Mike was piloting when he died. Photo courtesy of John Meneely. I do have one 'Mike' story to recount from about 15 years ago. I was working a low altitude sector in Iowa and one of the planes in my sector was a single-engine aircraft that had come up from Omaha, Nebraska and was attempting to land at Mason City, Iowa. The low ceiling and poor visibility that had settled in the previous night and was forecast to lift hadn't improved at all. The pilot was qualified to make an instrument approach but if I remember correctly, she didn't have the approach plates (diagram of the approach) for Mason City. Controllers in the sector can relay the
4 comments
Read more

Hi, I'm Troy McClure and You May Remember Me From... 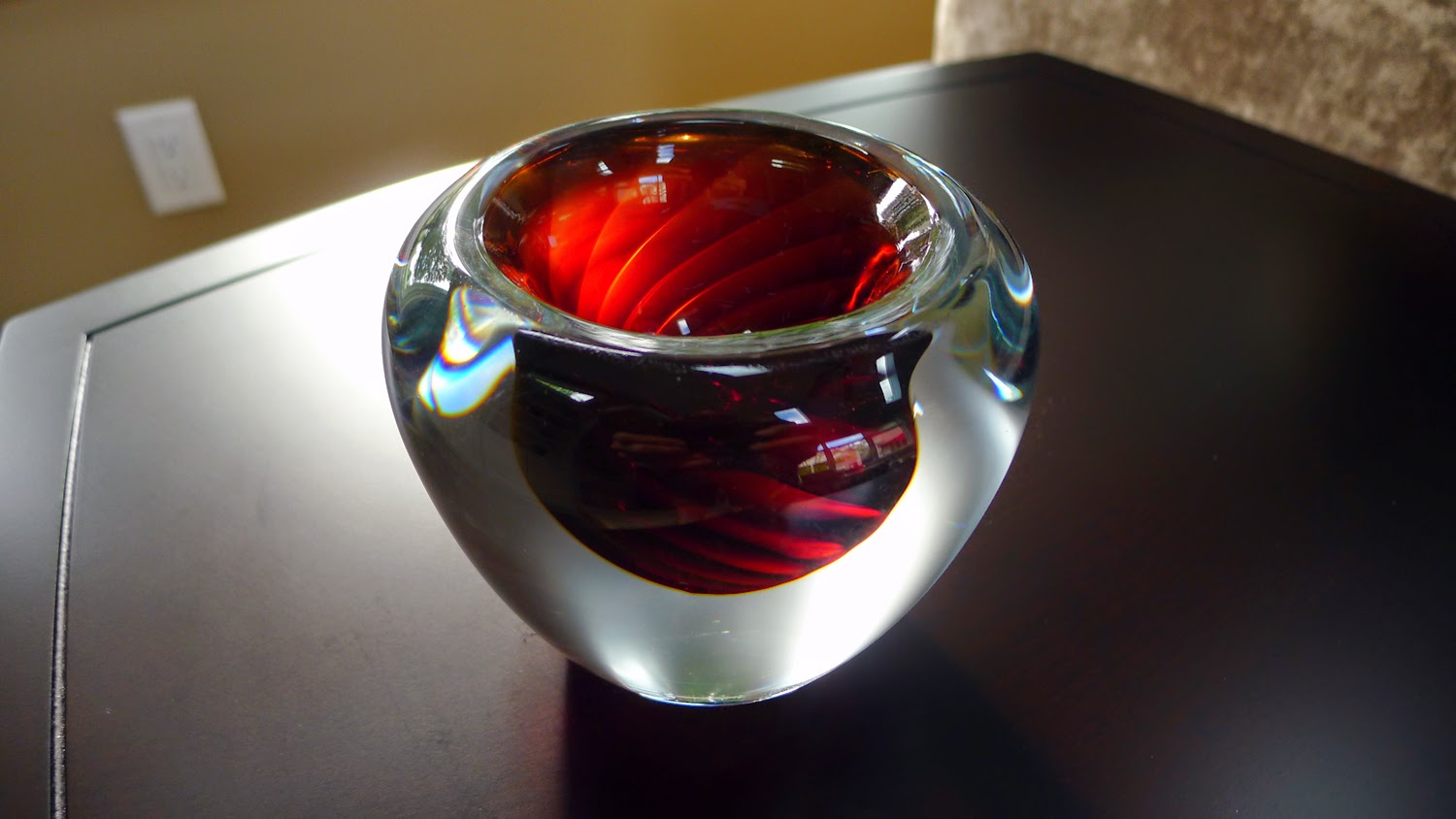 Wow, halfway through June already! The weeks seem to come and go so quickly now without any hesitation at all. I remember as a kid my older brother Bryan explaining why that is. He said that each year is less of a percentage of your life when compared or contrasted against all of your previous years and because of that, each subsequent year seems shorter than the previous year. It makes sense. As a 5-year-old, a year would seem like such a long time at 20% of your life but at age 56 (where I'm at for another couple months), one year equals only 1.8% of my life. There is no slowing this train down! We made it to Foci on Wednesday night but only to pick up our work from the previous week. The studio has been very busy lately and slot times can be hard to find if you don't plan well enough ahead of time. This coming week isn't looking so good either. I was pleased with the one and only piece of mine that made it into the annealer last week—another candle votive. I keep thi
Post a Comment
Read more 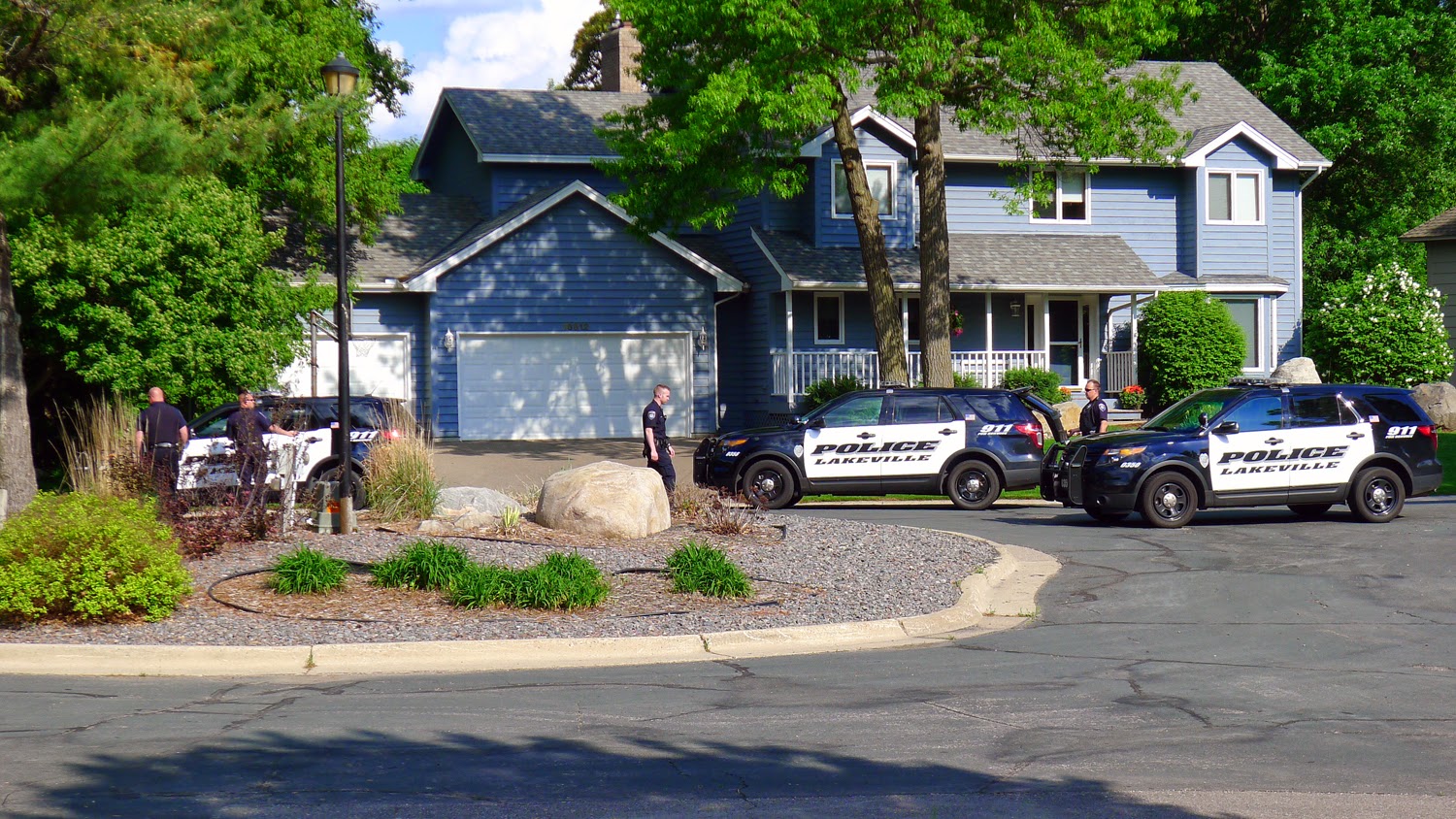 We had a little action earlier in the week in our quiet little corner of Lakeville. Some workers from a tree trimming service got a little heated with each other on the job and nearly got into a brawl out on the street in front of a bunch of neighborhood kids.  I heard the commotion from inside my garage and stepped out to have a look. Mark and Becky were slowly walking in the direction of the altercation while phoning 911. Evidently, somebody had already placed a call to the police. By the time I whipped out my cellphone to catch a little of the action (for my blog, of course) it was winding down. One guy had had a running chainsaw that he was waving at the other guy who was brandishing a shovel. A somewhat cooler head prevailed and the chainsaw was traded out for a tree limb and before long even that was set aside. The police arrived within minutes. All the while this was going on there was one other worker up in a tree behind the houses with a chainsaw apparently oblivious to the c
Post a Comment
Read more 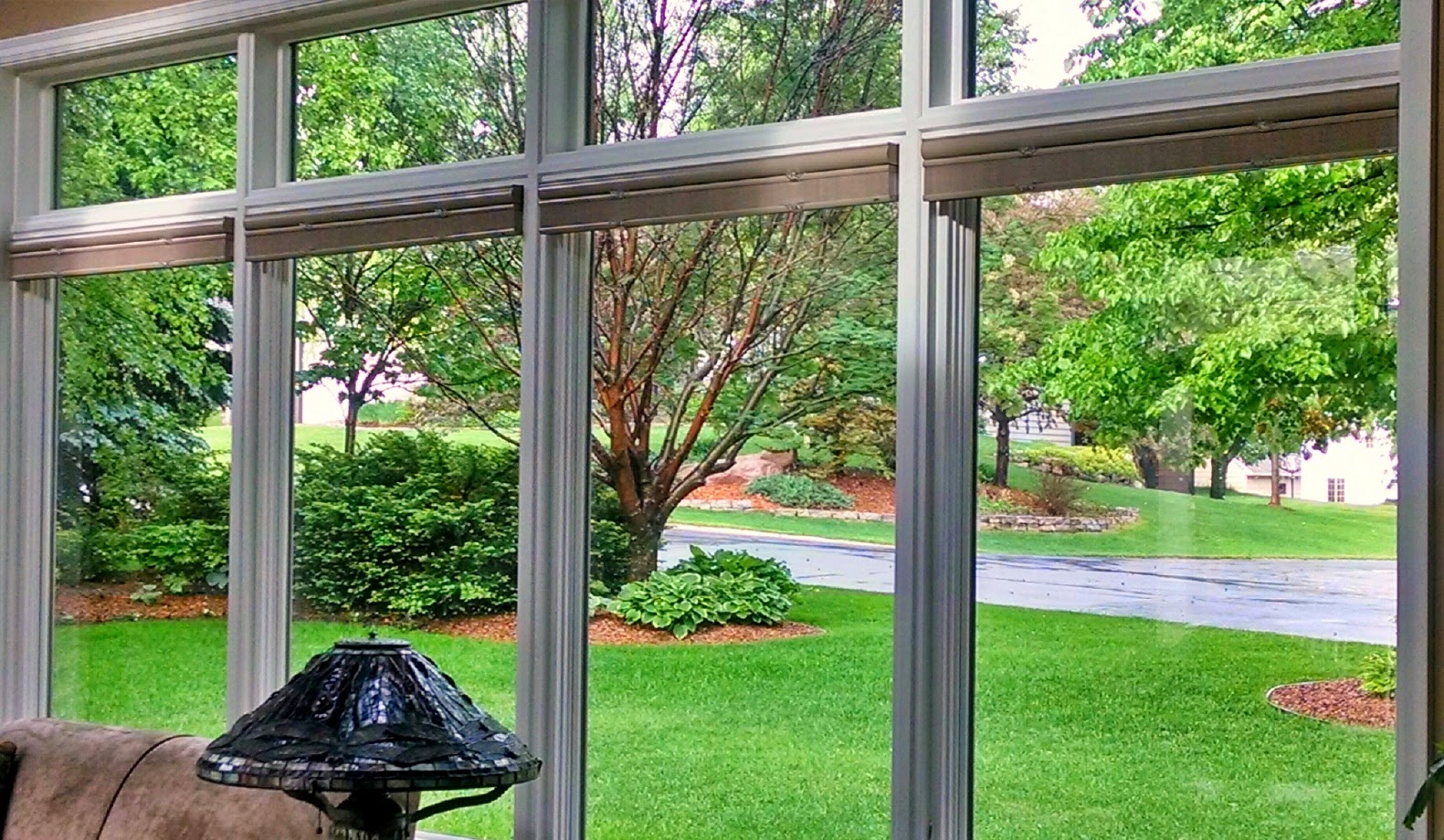 The plan was to get up early this morning and go for a ride before work but it's been raining since sometime last night and looks to want to persist. That's okay. I've had a pretty good week of workouts so a day off is probably a good thing. My right knee is feeling better this week than it has in months and I'm so thankful for that. No doubt the Synvisc injection is helping but one thing I've known for a while is that total rest for my knee doesn't necessarily equate to it feeling better sooner. I need to work it, especially on the bike. It's healthiest when I'm out there several times each week putting in a good effort. I keep recalling the words my orthopedic doctor told me, that cycling is the best thing I can do for my knee's health. No more personal record attempts on our elliptical though! I'm enjoying my time spent on my walks as much as ever. Typically, I'll walk while listening to music but lately I've been out there with ju
5 comments
Read more
More posts