Showing posts from November, 2003
Show all

November 30, 2003
What a beautiful day! So beautiful that snow will melt and that's a good thing. Tammy's reading the Star Tribune and I just got done with my bible reading for the day...Toby and Allie are barking and chasing each other around the house. Bible reading...two years ago our church challenged the members to follow a study guide which would have you read the entire bible in a year. We did that and have continued our daily reading into this year. I've really struggled with much of what I've read in the Old Testament. It was such a barbaric time where women were treated as goods and not afforded rights we take for granted. I still struggle with King David. He was far from perfect but he would kill others for lesser offenses than those which he himself committed. Fortunately for me, my bible does a very good job of explaining the context within which what I'm reading was written. Without the explained background of the times, it would be difficult to just accept things on
Post a Comment
Read more

We made Mom's day today. Jackie told me earlier in the week that she and Jerry had bought her a new hot water heater without her knowing and were going to install it today. I mentioned that she also needed a new water softener but she always had several excuses why she didn't want to get another. Her other one gave up the ghost a couple years ago. Anyway, I decided it would be nice to get that for her to go along with Jackie and Jerry's gift. So, this morning I got up early and loaded up the softener and stopped by Fleet Farm to get 300 lbs of salt to go with it and drove out to Mom's to wait for Jerry, Jackie and Cole. They were late getting there so I helped Mom set up her tree and decorate it while we shared some small talk about the goings-on in our lives. I imagine Mom was wondering why I was hanging around so long but she never said anything as I'm sure she was happy for my company. I'm usually in some stupid hurry when I stop by but not today. Just a s
Post a Comment
Read more

Showing Theresa How It All Works

Okay, the meal was great and now we're all down in the shop with three different computers going...showing Theresa how to set up a weblog.
Post a Comment
Read more

Family Photos and a Family Forum

When I started our website back in the Spring I had this idea to mostly use it as a way to be able to post some photos of some of the stained glass we've done. I have friends who would occasionally ask to see photos of it and I thought it would be nice to be able to give them a URL instead and they could check it out on their own. So I put together the site with that idea in mind. About this time last year, I was busy archiving all of our family photos. I got whatever Mom had and I was also given a bunch from others in our family. I'd scan them and burn them to discs. As I started looking at them I noticed that many were in poor condition and I quickly learned how to touch them up in Photoshop. So I began this huge undertaking of going through every photo and cleaning them up. I imagine I'll still be doing it a couple years from now as it's that big a project and I've got all sorts of other things to also do with my spare time. Anyway, it occurred to me that I cou
Post a Comment
Read more

This Is So Good! 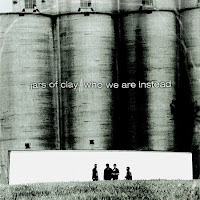 I'm listening to the new Jars of Clay cd today and I have to say that this is such a nice sound. The first song almost has a Jayha wks feel to it. Tammy and Rachel have decided to stay home with me for Thanksgiving as Tammy's mom isn't feeling at all well. I wasn't up for the trip so I was staying home, regardless. It'll be nice to have our own Thanksgiving dinner. Theresa and Tony will be coming over for dinner. It's been six weeks since I've worked out. Tammy keeps telling me to take it easy while I'm going through this cluster phase and so I do. I'm worried that I'm losing muscle though as well as some cardiovascular strength so I can't let this go much longer. It does feel nice to give myself a break as I'd been working it pretty steadily for quite a while. This is the longest break I've had since I don't know when. I finished the year with 3800 miles on the road. Not spectacular but the last six weeks of riding were very,
Post a Comment
Read more

My brother, Tim, stopped by last Friday. Our relationship has been strained so much the past few years that there was a time when I wondered if there was anything left to salvage. That's twice now in the last three weeks that he's stopped by. A year ago our family was in turmoil and so many of us had for the most part given up speaking with one another. Ours is a classic dysfunctional family. An alcoholic father and an enabling mother. Not only was my dad an alcoholic but he was also a workaholic. Although I seldom saw my dad without a drink when I was a boy, I don't think there was necessarily abuse occurring. I can never recall seeing my dad falling down, or obviously drunk. I'm sure he was feeling a buzz and taking off an edge but nothing more. It wasn't until he lost his job in the Spring of '85 that his drinking became a problem. He'd been a financial planner with Control Data for most of his career and in the Spring of '85, his division was boug
Post a Comment
Read more

So Far So Good

November 13, 2003
Still taking the Prednisone and doing well. It's when I begin to back off the stuff that it gets difficult. I managed 4 hours of sleep last night and 3 the night before that. My heart rate was elevated yesterday—72. I didn't check it today. Usually, it's in the mid-40s. Tammy happened to check it otherwise I'd have never known. I tried recording a show with the laptop tonight but I don't have it configured correctly yet. I think I may have to plug it in directly to the cable box where the signal comes in. The media center with my laptop is very cool and I'm looking forward to using some of the features. It would be a waste of money not to take advantage of them. It snowed hard today for several hours. Tammy brought Toby and Allie out in it and Toby was having fun trying to catch snowflakes in his mouth. I'd like to have seen that. Those little guys are sooo cute. They really bring a lift to you if you're not having the best day.
Post a Comment
Read more 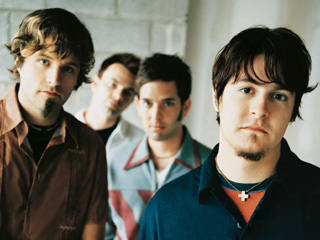 My Cluster headaches have returned like I was afraid they would. I woke up last night to the beginnings of one but it subsided just as quickly. It came back this morning at 11:00 and I could tell it wasn't going away. I inhaled an Imitrex and started the Prednisone. It stopped it nicely but left me with a lingering achy head. I don't like the stress that me having them places on Tammy. I think she wants so badly to take them away but she can't. She's a Registered Nurse and she's very intuitive to my needs. They typically last 4 to 5 weeks so there's light at the end of the tunnel. Tammy and I went out to get the new Jars of Clay cd last night and ended up coming home with a new laptop from Best Buy. My nephew, Brent, is a sales manager at Best Buy and he sold it to us. I'd been looking at a Dell so I've been researching them a bit. We got a widescreen Toshiba, 2.8ghz, 60gb HD, a very nice unit. Tammy will inherit my Sony Vaio so now Rachel doesn't
Post a Comment
Read more

November 08, 2003
This past week has been a struggle for me. I've been getting some indications that my Cluster headaches are about to return. I suppose I'm overdue for another cycle of them but the thought is a depressing one. It's been one month since I've felt strong and healthy. The trip to Disney World took a lot out of me. The Bronchitis and now these headaches looking like they're ready to take over. I have a feeling it's going to be some time before I'm where I want to be. As I write this, Toby and Allie are going nuts running around the shop. So full of energy and dickens.
Post a Comment
Read more
More posts