Showing posts from November, 2007
Show all

Amazing Grace, the Power of Prayer and Where's George? 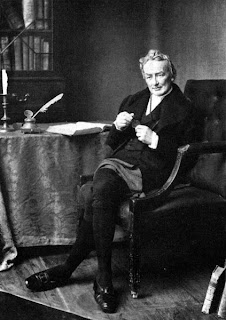 Good movie alert:  Amazing Grace. I haven't been much for watching movies lately. The Prednisone left me feeling all sorts of fidgety and unable to sit still for very long. I'm better now; more about that later. About the film...Amazing Grace is a very good movie about an antislavery pioneer from the 18th century named William Wilberforce. Wilberforce spent over 20 years trying to change the hearts and minds of the ruling class in Britain who believed it was their right to trade and own slaves. The movie gets its name from the 18th-century hymn, Amazing Grace, which was written by John Newton, the captain of a ship used for transporting slaves from Africa to Europe. Newton nearly lost his life in a storm at sea and prayed to God that if he survived the storm he would change the direction of his life. He would later become a confidant of Wilberforce. While watching the movie I couldn't help but see similarities between the people of a more ignorant time who supported sla
Post a Comment
Read more

The Break-up, the Project and the Miles 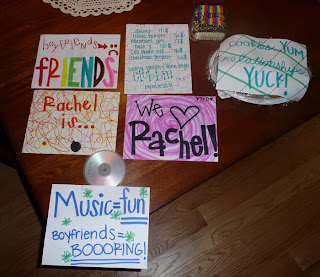 I've got a couple of the sweetest pups you could imagine in my lap as I type. I think dogs should be one of the 7 wonders of the world for the unconditional love they have for us. I was talking with Rachel last week about her noticeable lack of texting and I said I didn't mean to pry but I was wondering if everything was okay between her and Grant? I mentioned that it seemed things had cooled a bit since Homecoming . She said their relationship was a bit rocky and she wasn't sure what to make of it. She planned to see a movie with him last Friday night and get a better feel for which way the wind was blowing. I was curious to see how the night would go. She phoned when the show was over and I drove to go pick her up. I waited in the truck out front and when she got in the tears began to flow. I felt so bad for her. She said the entire night was awkward. She tried to make small talk but he had nothing to say. She wanted to tell him that maybe they should break it off bu
Post a Comment
Read more

Missed Opportunity, Time Off, Celebrating 79 and Where's the Respect? 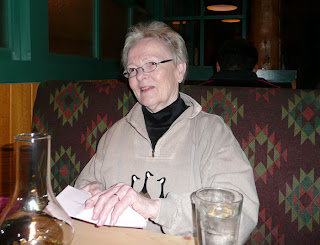 There's an old farmhouse I pass on the way to work on the southeast corner of Cedar Ave and Hwy 50. It's tucked back in off the road but it occasionally catches my eye. It's tattered and has loads character and could make for some interesting photos. It probably hasn't seen an occupant in over 30 years. Rachel mentioned a few weeks ago that she'd like to get some b&w film and shoot some pictures of it. Great idea. We talked about it again yesterday and I told her we should try and get out there this week. Tammy said she was worried that maybe it would be bulldozed if we waited too long. Not to worry, it's been there this long, it'll be there for a while longer. I couldn't shake the feeling that Tammy was right and that we should make some definite plans to get out there more sooner than later. I tossed my Panasonic Lumix in my truck today and set out to see what I could get of the old house. Rachel and I would come back later in the week. I had a
Post a Comment
Read more
More posts