Showing posts from May, 2010
Show all 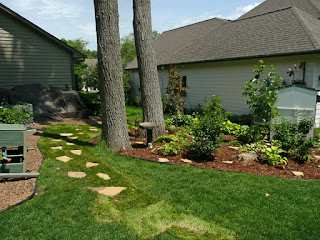 I spent the early part of my week researching the Olympus PEN . My dream camera is one that will take both high-quality photos and video and the Olympus PEN seems to do all that and more but in the end, I couldn't bring myself to take one home without more comparisons. My older and wiser brother who knows a good deal about cameras will be in town in a couple of weeks and together we're going to spend some time at National Camera Exchange kicking some tires. We rented three hours of bench time at Foci Friday morning. Rather than blown glass pieces to show for our efforts we have knowledge instead which is even better.  Danielle started glassblowing 15 years ago and she stopped by our bench to give us some helpful advice. We'd like to work with her in the future and pay her to mentor us when we can sync up our schedules. She has a passion for the medium that is contagious and we both like her style of instruction. I'm getting to know every inch of property along the s
5 comments
Read more

Working to Slow Down

Sometimes it's actually nice to go to work to get relief from my weekend, especially when there's been very little downtime during my days off. Such was the case this past weekend. I thought about going for a quick ride on Thursday afternoon but that's as close as I've been to getting on my bike since last Tuesday. I don't mind the time off as long as I'm being productive in other areas and I've got no lack of things to keep me from being lazy for very long. Rachel has several of her art pieces on display at the Lakeville Area Arts Center along with other seniors from her class. We stopped in for a look at her display and those of others. She used to have much more of an interest in art than she does today but I think that's mostly to do with a lack of time for it. She's taken a few art classes during her high-school years and has some nice works to show for them. The doodle to the left was something she did as a cover for a small notebook. C
Post a Comment
Read more 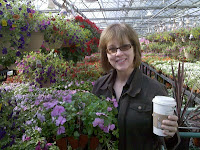 I'll need to blow the dust off my cyclocomputer so I can read the screen next time I go for a ride. My bike and my laptop have been taking a backseat to everything else in my life lately. That's not to be confused with whining as I'm quite content to have these distractions or other areas of interest. We got up earlier than normal Friday morning for our yearly trip to Gertens with the Kings of Leon providing background music for much of our day. With coffees in hand we strolled through Gerten's doors sometime before 9:00 in hopes of beating the crush of people intent on taking advantage of the first nice day in recent memory to buy and plant flowers.  We have our usual routine and pretty much know where everything we need is at despite how huge the grounds and overwhelming the selection. It's our time to exchange notes about what worked last year and what didn't as we look over the variety of flowers and mentally plant out our garden spaces in our heads as
Post a Comment
Read more 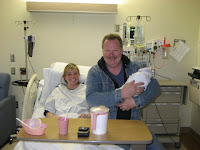 I have to apologize to my brother Tim. He posted a link on Facebook to a song by the Kings of Leon a few months back and I commented that I didn't understand the hype surrounding these guys. I was wrong:  Closer Congratulations to my niece Lindsay and her husband Joe on the birth of their son, Madden. Also, congratulations to Keith for reaching grandparent status! I can't help but wonder how the world will change in this little guy's lifetime? Friday was a total rain-out and I loved it. They even canceled the Twins game at their new open-air stadium and I loved that too but that's for another discussion. The rain gave me a good excuse to head downstairs to the shop and begin work on the next panel for our entertainment center. I can't remember the last time I worked on a stained glass project this late into the spring. Tammy had to work yesterday morning while I went into north Minneapolis to watch a friend blow glass for a couple hours. I first met Bill mayb
Post a Comment
Read more 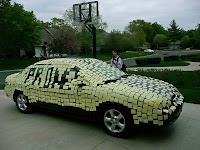 It's tradition at Rachel's high-school that guys don't simply ask their dates to prom; that would be too easy. I was leaving the neighborhood on the way to work early one morning recently when I noticed question marks written in chalk every ten feet for a block along 170th street. They stopped at the top of the hill just beyond Jaguar with someone's initials and the word 'Prom?'. I couldn't make out the initials as it was still dark and I was moving too fast for my bleary eyes but I wondered if maybe it was directed at Rachel? I waited until afternoon to text her and see if it was. She hadn't noticed them on her way to school in the morning because the sun was in her eyes but she was quick to admonish me for saying anything because if it was meant for her then I may well have spoiled the surprise. As it turns out, it wasn't her invite and she's not sure who it was intended for. Trina, Rachel's friend across the street, got her prom date r
Post a Comment
Read more 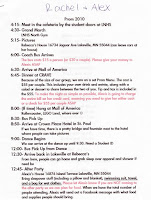 Tammy has spent parts of the last two weeks working on Rachel's prom dress. They went shopping for one but just as two years ago they didn't see anything worth spending somewhere on the other side of $400 on so they stopped at Joanne Fabrics and found a pattern and some material and got busy. She's only been to the one other prom and that was done as a favor for a friend. Last year she couldn't make it because it conflicted with her dance recital weekend. She didn't want to miss her senior prom and we wanted to see her go. I think she may have had to talk some guy into going with her or at least that's the way she explains it. She was telling me how a couple weeks ago at school it was crazy with people trying to arrange prom dates. You need to be sure the person you're asking is going to say 'yes' so there's a lot of behind the scenes maneuvering. She's going with a group of 46 kids and of those 23 couples, only 3 are actually dating. T
3 comments
Read more
More posts