Showing posts from April, 2020
Show all

A Walk and a Chat 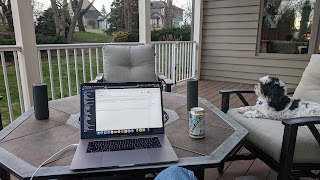 What a beautiful Minnesota day today! I'm out on the deck for the first time this year, enjoying the sounds of Mandolin Orange with Charlie at my side. And there's little to no wind for a change! We received our stimulus payment of $2400 into our bank account last week. What's happening with the coronavirus pandemic is such a huge hit to our economy. If you trust the science behind this pandemic, this is only the beginning stages of what lies ahead. I'd have rather seen the stimulus money directed at those who were hurt by the downturn in the economy rather than to people who suffered no loss in income. This amount of money will do little to help those whose pay has been drastically cut by businesses that had to close their doors. There is going to have to be significantly more outlay in the form of monies for those in need to carry us through this. For all of the bluster from Trump about the strength of the economy, we're seeing that much of it was merely a ven
Post a Comment
Read more

It's Clearly Time For Plan B 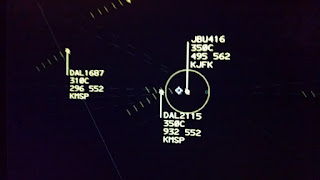 When learning the art of air traffic control, many trainers like to instill in their trainees the need for a plan B in case their initial plan for separation in a given scenario turns sour. You don't want to be so locked into making a poor decision work that you fail to utilize your alternate plan until it's too late. It's sound advice. And that's where I see us today as a nation, poised to reelect the most incompetent, unfit president in our history because many of you are insisting on making your initial plan work. I get that some of you voted for Trump as a protest vote or that you're a one-issue voter and that's all that matters (I was that guy once as well). I didn't agree with your vote because it was plainly obvious to most that he wasn't presidential material but given the built-in checks and balances of our democracy, I at least expected he would be prevented from acting on his worst inclinations. I couldn't have been more wrong. Trump h
Post a Comment
Read more 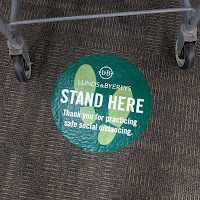 We're doing our best to shelter-in-place here in Minnesota in our collective effort to "flatten the curve" of the COVID-19 pandemic. Essential services are still operating but most likely with reduced hours, that includes liquor stores. Plexiglass shields are showing up at grocery store checkout aisles and elsewhere to protect workers from customers who may be infected. Markers on the floor provide recommended spacing for customers waiting in line both inside and out . My heart goes out to the millions who have been laid off from work and have no income, especially those who were barely scratching out a living to begin with. Many retirees are also hurting as their 401Ks have taken a huge hit over the past six weeks with significant losses in the stock market. The market was due for a correction but I don't think many were imagining one such as this. I'm so impressed by those who continue to show up for work each day to keep the basic infrastructures and variou
Post a Comment
Read more
More posts