Showing posts from April, 2017
Show all

I put out one of our hummingbird feeders a few days ago in anticipation of the little flyers' return. I'm maybe a little early but not by much. It's my understanding that hummingbirds return to the same place each year so I want to be sure to not do anything to cause them to set up home elsewhere. For any former controllers visiting here not connected on Facebook, you'll be interested to know that 3 controllers from Minneapolis Center retired this past week: Brian Vance, Kris Henderson, and Scott Goerdt. Brian and Kris's retirements were expected but Scott's, not so much. He told me he woke up a couple of Mondays ago and decided then and there that he was done (I'm somewhat paraphrasing). There were lots of smiles on their faces at Celts Pub in Farmington Wednesday afternoon as a group of us gathered to congratulate them and tip back a beer or two. There's a new mountain bike trail coming to Lakeville between I-35W and Lake Marion. I showed up Saturd
Post a Comment
Read more 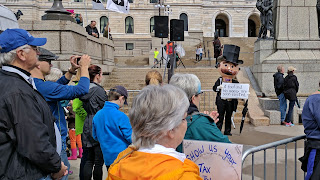 My 4-month-old MacBook Pro faltered on me a week ago. I noticed it was taking an unusually long time to boot-up and also the Touch ID was no longer working. I worked with Apple support and they determined it was likely a hardware issue. I brought it in to the Apple Store at Mall of America on Friday and got it back Tuesday afternoon. That was quick I thought. They replaced the motherboard and it's functioning fine now but for whatever reason, they reformatted the SSD (Solid State Drive). I spent most of yesterday getting it back up to speed. I still have a ways to go. We've been with Verizon since before the advent of flip-phones but our relationship with them has come to an end. We've switched cellphone providers and are now with Google's Project Fi . I'm especially liking my Pixel XL phone and its ability to stay connected to wifi—a problem that continued to plague my LG G4 for the nearly 18 months I had it. Rachel is traveling in South Dakota this week so I'
Post a Comment
Read more 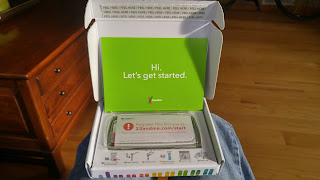 “God of mercy and compassion, you never neglect your children in need. So bless us with your healing presence that we might remain by your side on this road of sorrows. In Jesus’ holy name, Amen.” I was in church last Sunday morning and the above prayer was recited in unison. My mind immediately leaped from where I was standing next to Tammy to the photos I'd seen earlier in the week of starving people in South Sudan—horrific images, many of them children. It made no sense at all that we were saying this prayer with full knowledge of the suffering being endured by some. (And now the Trump* administration is intent on slashing funding to these desperate people so we can grow our already obscenely large military even larger. Trump* supporters—is this what you voted for?) I can't tell you anything about the rest of Sunday morning's service because I never got beyond the line about God never neglecting his children in need. As we walked out to our car I considered asking T
7 comments
Read more
More posts