Showing posts from June, 2015
Show all

A "Doh!" Moment and Other Random Musings 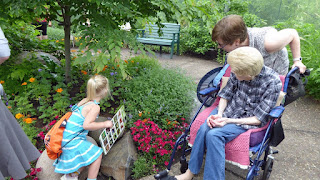 I've been off from work this past week. Typically, vacation days always fly by for me but not so much this time. It's been really nice. Lots of walks with the pups, time on my bikes and a good amount of hours spent working in the yard. All of those things I find relaxing and that was what I was after. I'll have one more week off in late August before heading into the home stretch of my career. Speaking of retiring, we have several controllers retiring at the end of June: Tim Baker, Fred Damico, Grant Feest, Dave Hanson, Rob Ralston, and Mark Anderson. Me? 188 dtg. We took Elaine to the zoo on Monday. She was excited to see the monkeys but she probably enjoyed the butterfly garden most of all. I can't remember the last time I was there. Federal subsidies for the Affordable Care Act (ObamaCare) were upheld by the United States Supreme Court this past week. They also ruled on same-sex marriage, making it legal throughout the country. Conservatives and Christians ar
2 comments
Read more 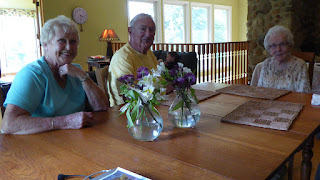 Maria, Norm, and Eva (my mother's sisters and brother-in-law) came into town last week to see Mom. It was nice to spend a couple of hours with them at Keith and Tracee's home. I think Mom did her best to be there in the moment with them but she's really not well. Between the C-Diff and her medications, there are a very limited number of hours in the day where she is okay to have visitors. Mostly she's exhausted but oftentimes she's confused. Sometimes I want them to stop treating her and just let her leave this life as comfortably as she can. But then there are times when I feel more optimistic for her and see her overcoming the C-Diff and bouncing back close to where she was before this all began nearly 5 weeks ago. The longer this continues, the more I feel it's both wishful thinking and selfish on my part. It's a very difficult time for her. Tammy and her mother and I went to see her earlier in the week. We're still required to wear a protective rob
Post a Comment
Read more

Our Moms and a Yikes! 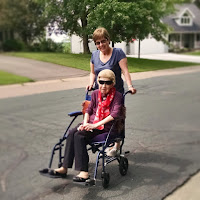 We're beginning to find a rhythm to the new dynamics of our household. Elaine was resistant to staying with us at first but in the past week there's been no push-back at all. She gets a little lonely for her home and Cindy at times but a phone call to Cindy helps. We have yet to set up a video chat for her to try but intend to do that soon. There's no reason not to use all of this great technology available to us. We purchased a season pass to the zoo; it's less than 15 minutes away. Tammy and Elaine have already been there once and her mom enjoyed it. They'll be doing much more of that. Tammy has also been getting her out for walks around the neighborhood. We're feeling very blessed that we're in a position to be able to do this for her. My mom hasn't been faring so well. We had a family care conference last Wednesday that seemed to me to gloss over many of the health issues she's having. She continues to be dehydrated due to a persistent case o
Post a Comment
Read more
More posts