Showing posts from October, 2013
Show all

Note to Self: Do Not Screw This Up! 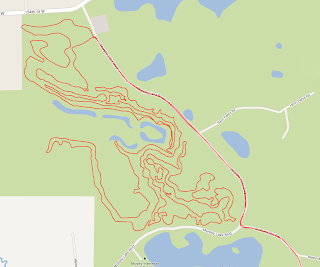 "I got a text from Rachel a few days ago: "Soooo the amazing race...are we gonna make it happen?" The Amazing Race is a program on CBS that we've been following since it first aired in 2001. It's a 'reality tv' show where contestants complete challenges as they race around the world. We've been talking about trying out for the show for at least the last six years . They're taking applications now for the cast/participants of the next race which is planned for this coming spring and summer. It would work for Rachel's schedule but not mine...unless I retire. Hmmm. The show is as much about relationships as it is about a race and they've never had a stepfather/stepdaughter combination. We've always thought that could work to our advantage. Rachel said she'd compile a storyboard of our lives together for a video submission from us. We'll see. I finally made it out to the mountain bike trails at Murphy Hanrehan Park about 6 m
1 comment
Read more

Politics Now and Then 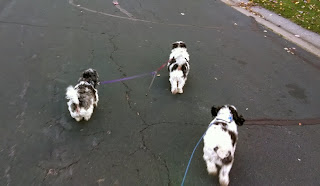 Politics. I sometimes enjoy kicking around political topics on forums and Facebook but I'm growing weary of it. Maybe it was all of the venomous political back-and-forth associated with the government shutdown the previous two weeks that sapped my desire for it. I was in one conversation where a woman was ranting about 260 billion Muslims and how 10% of them are terrorists and blah blah blah. I had to ask her several times to please explain what she was referring to because she wasn't making sense and did she have a link? She condescendingly told me that the information is online and that all I had to do was Google it. I replied that there are only just a little over 7 billion people on the planet and her 260 billion number was confusing me to which she replied: "my bad, lol". It's that sort of thing that has me questioning why I bother to try. I doubt I'll throw in the towel but I think I'll be more selective about who I engage with. Politics 'now'
Post a Comment
Read more

Changing of the Guard 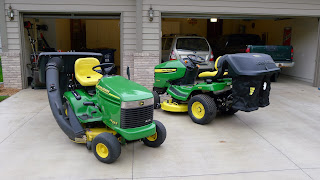 My life is one that is sometimes conflicted because my actions don't always reflect what's in my heart. I'm an animal lover but yet I eat meat. I confess that I'm a hypocrite in that regard. Maybe you saw the video a few weeks ago of some NRA lobbyist killing an elephant. I was troubled by it as were many others. Elephants are being illegally killed for their ivory at an unsustainable rate yet this is allowed to happen. How does someone justify that? I can only guess that the big-game hunter is seriously lacking in some other area of his life. With that video fresh in my mind I saw this  and it brought the previous video into an even more sobering perspective. It really touched me. To think that their bond had survived all those years is just so moving. We've had a changing of the guard . The guy who delivered our new mower took one look at the mower I was trading in and said: "we get maybe 1 in 50 that look that nice!" That was nice to hear because I
Post a Comment
Read more

Was I The One Who Lost My Way? 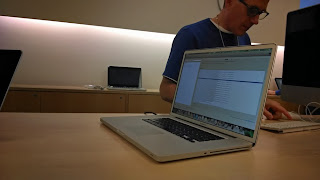 This was the year of the Cicadas as they emerged above ground as adults from their 17 years of life underground as nymphs where they fed on sap from plant roots. I'd seen them often this summer but wasn't sure what they were until Rachel saw a video I'd posted and clued me in. I found this one crawling across our garage floor looking like it was nearing the end of its life. I found a flower in our garden for it to drift away on. My MacBook Pro is beginning to show its age at a little over 3 years old. It hesitates now in a way it never used to and the PC side of it that I power with VMware has become painfully slow. I upgraded to the latest OS (Mountain Lion) in hopes that it would help but it doesn't really appear to have. I also updated my VMware from version 3 to version 6 but no change there either. I brought my Mac into the Apple Store at Mall of America and the guy at the Genius Bar ran some diagnostics on it but could find nothing wrong with the hard-drive ot
Post a Comment
Read more
More posts