Showing posts from July, 2016
Show all

A Stormy Gathering for Tim and a Shiny New Stadium 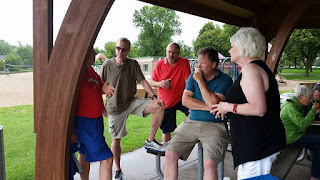 The oldest in our family, my brother Bryan, flew into town a week ago to attend a Celebration of Life gathering we had for Tim last Saturday. We're always happy to have Bryan stay with us although all we had to offer him (during one of the hottest weeks of the summer with a temp at one point in triple digits) was an overly warm upstairs bedroom. We reached 100º f (38º c) on Friday. The get-together to honor Tim was somewhat of a washout. The heaviest rains of the year descended on the cities just as we were set to begin. Most of the family made it but only a few of his friends did. It was understandable considering the weather. Still, it was nice to be with family and reconnect. One of Tim's friends from his AA group made it out and he told us how Tim was instrumental in helping him see how his actions were negatively affecting those around him. He stressed how Tim had helped him and others see their lives from a different perspective. We all listened intently as he spoke.
Post a Comment
Read more

An Unexpected Surprise, Steeped in Fear and a New Church Home 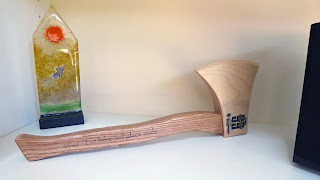 I received a package in the mail last week from Lifetime Fitness and more specifically, the folks that head up the Lutsen 99er/69er mountain bike race that I competed in a few weeks ago. Inside the package was a trophy for my 3rd place overall finish in the fat-bike division. What a nice surprise! I can't recall ever receiving a trophy before and neither was that a thing on my bucket list but I'll take it! So, the Republican National Convention is in full swing in Cleveland, Ohio and I gotta say, I've never seen a group of people more steeped in fear and lacking in any sort of uplifting vision whatsoever. It's disturbing to watch. If I take to heart what I'm hearing, I should think twice about ever venturing away from home again out of concern for never returning because a jihadist or an illegal immigrant will end my life. I thought we're the "home of the brave"? What happened to that? What has me most bewildered is the seemingly misplaced, over-th
2 comments
Read more 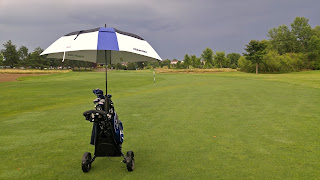 There was a killing in St Paul last week of a black man, Philando Castile ; he was in his mid-30s. His death came on the heels of the killing of another black man, Alton Sterling , also in his mid-30s in Baton Rouge. Both lives were taken as the result of shots fired by police. If you watched them, those are difficult videos to get through and not something I'd normally share here but as disturbing as they are to see, it's even more disturbing to realize that they happened at all. In the case of Alton Sterling—the body cameras worn by the police somehow fell off and couldn't record their actions. How convenient for them and really, what are the odds of that happening? Thankfully there was another video to help tell Alton's story. I don't want to look back at my writings years from now and find that I was silent on this issue of excessive police force if that's in fact what the videos show. Law enforcement officers have a difficult and dangerous job to do and
Post a Comment
Read more

Tim on Bass, Tony's Graciousness, a Go for Golf and Even Some Fireworks Pics! 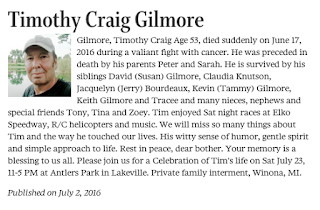 When my brother Tim was attending college at St Cloud State University in the mid-'80s he would occasionally fool around with some other guys playing covers of songs. Decades ago Tim gave me a tape he'd put together of some music he liked from around that time and one of the songs on the tape was a recording in which he played bass. I believe they only played for fun and never took it seriously enough to have a name for their band of buddies nor did they hire themselves out. I remember him telling me something about the lead singer being the son of Bobby Vee—an artist from North Dakota who had several hits in the '60s. Years ago, I digitized the song Tim played bass on and uploaded it to a safe spot on my website where I'd always have it. It's a song called Homicide that was originally done by a group called 999. I think it's really well done and Tim rocks on the bass! Homicide by Tim and his friends. We have a Celebration of Life picnic planned for Tim o
Post a Comment
Read more
More posts