Showing posts from April, 2016
Show all

I Have Such a Talented Partner! 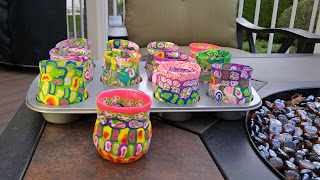 With Prince's death a few days ago, I'm left somewhat puzzled by the amount of national and worldwide attention his passing has received. I assumed he had a sizeable following but I had no idea he was so revered. I've read my share of articles about him these past few days and they've given me a new appreciation for the man and his music. I can't imagine Bob Dylan garnering more of a send-off than what we've witnessed with Prince. I don't own any of his music although there are songs of his that I liked and even a couple that take me back to specific places and times from my life in the '80s but nothing more. Tammy and I have been talking about getting a "Prince Essentials" collection of his music if there is such a thing. I only hope that our lasting memories of the man, other than his music, will be of his generousness for those in need and not a focus on anything darker that is rumored to have resulted in his death. We had friends of o
Post a Comment
Read more

A Little Help Please—Am I Being Scammed?

I was contacted recently by someone claiming to work for Facebook. He was wondering if I'd be interested in allowing parts of some video I shot at a Bernie Sanders rally a few months ago to be used in an online commercial he was involved in making. This is actually the 2nd time I've been asked to give someone the rights to use this particular video which you can view below. The initial contact was followed up with another email detailing the legal specifics about granting Facebook the right to use the video in addition to an offer of $1000 for its use. ( Page 1 and page 2 .) In a follow-up correspondence, he stated that all they needed from me to proceed was a digital file of the video which they now have. I was told that I'd be contacted by another person who would arrange for me to be paid. I received an email today from the person responsible for making the payment to me. One of the things he's asking for is a filled-out W9 form for the IRS and I assume I would
3 comments
Read more 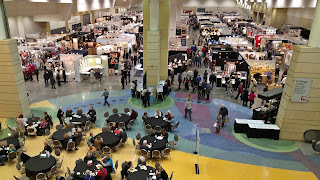 Tammy and I are making up for lost time as we get out and about together the way we used to. We took in the American Craft Council show at St Paul's RiverCentre on Friday and probably enjoyed the show as much as we ever have in the past. Sometimes it can be a little hit-or-miss for us but not this year. They brought in, as they always do, some talented artists from all across the country to display and sell their work. No trip into St Paul is complete without a stop at Cossetta's. It's tasty Italian food dished up cafeteria-style. I had a mostaccioli jump off my flimsy plastic fork and splatter the front of my shirt. It required a stop at home for a quick change before continuing on to Canterbury Park in Shakopee to battle the crowds at their craft fair. After just a few minutes we were both questioning why we came. Unlike RiverCentre, there were very few actual artists at Canterbury, just a lot of cheap imported stuff for sale that we had no interest in. We vowed never a
2 comments
Read more 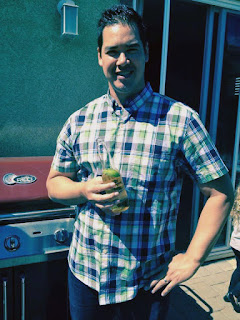 I received a Facebook friend request recently from Noy, my former wife from another lifetime. I accepted her request with hopes of finding her sons, David and Joe among her contacts. I didn't stay in touch with Dave and Joe after Noy and I divorced in March of '98 and I wish we had but I wasn't going to intrude in their lives, plus, I figure that in this digital age they know how to easily find me if they ever want to, and I hope they do. I looked through Noy's collection of photos and found recent photos of them both that she had uploaded but I found no links to Facebook pages of their own. Still, it was nice to see them again. I believe Dave is still single and Joe is married with two boys and a girl living in Pittsburg, Ca, just east of San Francisco. Dave will be 45 in September and Joe will be 40 in June. I still think of them often but especially on their birthdays. I used to be self-conscious about being a dad to boys who weren't all that much younger t
Post a Comment
Read more
More posts