Showing posts from August, 2007
Show all

Financial Planning, the Fair, Lost in Hate and Rolling Into 50 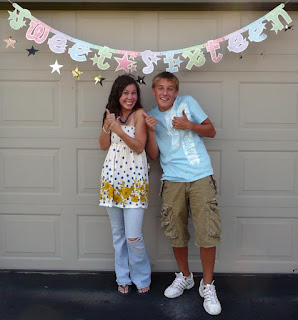 Tammy and I met with a financial planner last week to get an idea for where we are in positioning for our pending retirement in six years. It's not cheap to have them do an assessment for us but failing to make the proper decisions now can be much more expensive in the long run. We met with Bridget for over two hours while she gathered all sorts of information about us. Not just the basic things you'd expect but a lot more including our philosophy about investing, saving, spending and how we prioritize our financial commitments. We'll meet again in a couple weeks and go over her recommendations for us. We made it out to the State Fair on Friday. The traffic was gridlocked three miles from the fairgrounds but that's just all a part of the experience so you take it in stride. It was Rachel's 16th birthday and rather than have a bunch of friends over she told us early on that she'd be happy with a couple tickets to see the Goo Goo Dolls and Lifehouse at the fair
Post a Comment
Read more 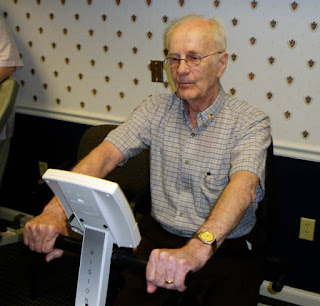 Okay, I admit it, I'm having difficulty accepting that I'll soon be 50. I never experienced this when I transitioned into my other decades so why now? I think I've always associated people in their 50s with those on the other side of life. That side of life where people are more often described as crotchety than effervescent. Where they're (thankfully) less inclined to drive while using a cellphone but more likely to drive for miles with their turn signal on. If they still have a VCR it's likely blinking 12:00 and if they're online they're probably using AOL—the internet on training wheels. I don't want to be lumped in with that group. I know that what I just wrote is totally unfair but isn't there a hint of truth to it? I'm not saying I'm hip or even cool. I'm just saying that I'm still the same person I was 10, 20 or even 30 years ago—really. As I said, I'm having a difficult time grasping this new age I'm becoming. I admi
1 comment
Read more 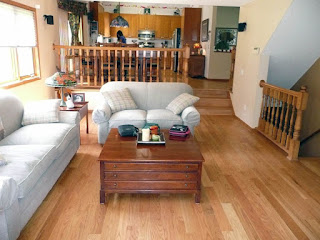 My two week vacation is over but I'm not all that sad about it because it also means that two weeks of having our home in a state of upheaval is also over. We wrapped up our flooring project and got everything put back in place so now it's time to relax...not really...as I said, I'm back at work today. I suppose this has been what is referred to as a working vacation. The guys from Above All Hardwood Floors in Prior Lake did a great job for us. I don't think there's any way Tammy and I could have done anything near this nice had we done the work ourselves. I can't get over the difference the wood floors make in the richness of the rooms. We're very satisfied with the outcome. I chronicled the project on video for my YouTube account and spliced the scenes together tonight. You can find the video here I ventured on my bike into Minneapolis on Wednesday in an effort to try and get some photos of the collapsed bridge on 35W. I didn't have much success
Post a Comment
Read more

The Project, the Interview, the Fair and Family 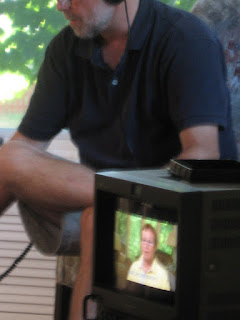 We're slowly getting our home put back together after having hardwood floors put in on most of the main level. I'm an organized type and not accustomed to having stuff in such disarray but disarray is a necessary part of the process. I hope to have a YouTube video of the steps involved in the project later in the week. It's been a trying week at times as the project hasn't all been as easy as we'd hoped. The main problem was a new dishwasher which didn't fit. The new floors add 3/8" in height and that's enough to create problems. We had them remove the wood flooring under the dishwasher and now it just barely fits. I'm sure it will be a fine addition to our home but up to now, it sits as a piece of junk which doesn't work. There isn't anything complicated about installing a dishwasher...a couple of water line connections and some wire connections. For whatever reason, the water won't flow to the unit and yes, the water was turned on. I
3 comments
Read more
More posts