June 27, 2020
I'd planned to be out riding early this morning but my legs insisted I take a day off, or at least the morning. Between golfing and yard work, I was on them all day yesterday and they're tired. I hate to let a beautiful day go by without taking advantage of it but perhaps I'll feel up to a late afternoon ride instead. I was thinking of seeing if Tammy would like to go for a drive in the country today as our schedules have been more miss than hit lately and that's mostly my fault.

We had Pepper Jack spend last weekend with us. He's about as rambunctious and adorable as a pup can be and we totally fell in love with him during our few days together. He's a handful! He kept trying to get Charlie to warm up to him but Charlie is hesitant. PJ was both persistent and submissive in his attempts and it was cute to watch him try. I hope he'll find more success in future visits. And he's a little biter! Not at all in a mean way—he's just playing but with his oh-so-sharp puppy teeth, it doesn't take much to puncture the skin on my arms. They're still healing.

Vineland Tree Care was here a few days ago to trim several of our trees. We've been using their services for nearly 6 years, having been burned by fly-by-night operators who routinely come through our neighborhood, lacking any sort of real training as arborists while charging a premium price. Vineland Tree Care sent a team of 5 guys who spent the better part of 3 hours pruning our trees. Mike (the crew's lead) advised me against pruning one of our ash trees because it was in the process of failing due to a split in the main trunk. He said a strong wind storm could cause it to break apart and come down. We're making plans to have them back in the fall to remove the tree. I'm going to miss it because it provides ample shade for our sun-porch in addition to being a beautiful tree. I planted it 28 years ago when it was maybe a little more than an inch in diameter.

I seem to have caught the golfing bug again. Up until this week I've not had much of a desire to be out walking the links. I've golfed a half dozen times but my heart hasn't been in it. 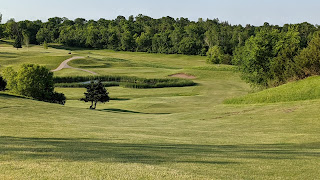 That changed for me during a round with Steve on Tuesday. I really enjoy our time golfing together and I want to spend more time improving my game. Steve has been effecting my approach to the game by watching the way he uses his irons instead of longer hitting, oftentimes less accurate clubs to advance the ball while taking hazards out of play. Yeah, that should be an obvious strategy but too often my optimistic side takes over and convinces me that I can pull off a low percentage shot and that's been costing me strokes.

And speaking of golf: Bob came into town this week from Florida. Bob and Karen had been my next-door neighbors for the past 25 years until two years ago when they uprooted to put Minnesota winters behind them. Mark (another neighbor) and I got together with Bob out at Bellwood Oaks for a round of golf. It was a beautiful afternoon to be on the links together, catching up.

I'll close out this entry with a few ride videos taken since the last time I updated my blog.

That's all I've got.

Popular posts from this blog

At an Intersection in My Life 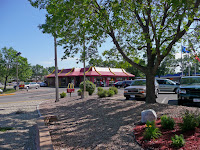 I was on a ride yesterday when I found myself waiting for the light at the intersection of France Avenue and Old Shakopee Road in Bloomington. I was only a mile away from where I grew up from 1966 to 1975. As I sat waiting for the light, I quickly surveyed the area and noticed that there was very little left from when these were my stomping grounds. I thought to myself that I should come back to take a slow walk around and do some reminiscing. I got up this morning and drove my truck back to the same intersection to have a closer look; my camera in hand. I pulled into McDonald's parking lot and went inside. I ordered my usual: Egg McMuffin, Cinnamon Melts, and a large decaf coffee. I recalled when this McDonald's first opened in the early '70s. Before then, the nearest McDonald's was off Nicollet and I-494. Maybe once a month a couple of us would go there and bring back dinner for our family of eight. I can still remember holding the warm bags of food on my lap fo
Read more

How Do We Move Forward? I Have An Idea 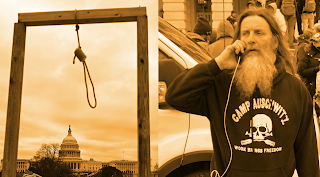 I woke up at 6:30 this morning and reached for my phone before getting out of bed—a routine I fell into when our country took a hard right and ventured down the road to fascism . Thankfully, we put the breaks on that shit with November's election and are in the process of trying to right that wrong. It's going to take some time. A post from a friend on Facebook caught my eye and fit nicely with a blog post I'd begun laying the foundation for yesterday. Paul is a gifted writer all on his own so it's unusual for him to share a 'copy and paste' from an unknown source. It caught my attention.  Here's what he shared:  "Found online: Huge numbers of our population believe in a complete alternate reality. Alternate facts as it were.  But just as intensely as I believe they are deluded, they think I am the one who is deluded. Maybe I am. So how can I be confident in my perception? It can be quite difficult.  But, I have found that in times of political confusio
Read more 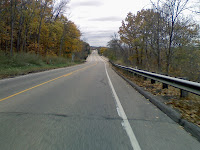 I got up from laying down after the all-night shift Thursday morning and figured I'd better get a ride in while I could because the forecast wasn't looking so good. The temp was just above 40 with a northeast wind steady at 15 mph under overcast skies. 40 degrees is very reasonable cycling weather but the key is to be somewhat chilled when you start out. Being warm and toasty at the beginning leads to being sweaty, cold and clammy before the ride is over. While putting air in my tires before leaving I could tell that I needed a lighter top layer. I'm glad I made the switch. I loved the ride  ( Strava link ) and would like to have gone further but David Crowder was playing at our church and I didn't want to be late getting in line for some good seats as it was general admission. I considered a quick detour by Hosanna on the way home to get a pic of their tour bus but I figured I should really act my age. The concert was worth every penny and better than any of the o
Read more